….the Balcony Oasis will be no more.  I am moving! I was lucky to be able to finally move into my fathers childhood home.  The tenants that were there moved.  So now its MINE!

The house needs a bit of work to bring it back to where it once was but it is mine and will be a work in progress.

I am looking forward to fixing up the interior and exterior and creating my Oasis both inside and out. 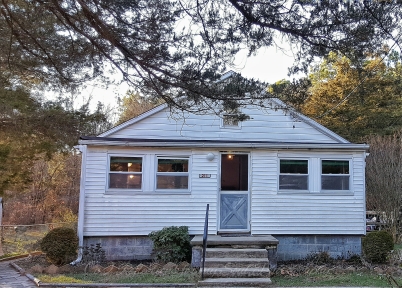 The house did not receive much love over the last few years that it was rented but that is about to change.  I have been painting and getting carpet and planning and just making it mine.

Well thanks for visiting!

Adjusting to a new reality

Sunday November 13, 2011 was a hard day to be a mother.  About 3:30 in the afternoon I got a call from Cindy, a crisis worker at the local hospital, telling me that my son was just brought into the emergency room by his friend Joseph.  She stated that he was brought there because he has not slept in 4 days. I began to give her more history, and of course because he is 19, she could not volunteer any information without his consent.  I proceeded to summarize the past week for her.

This is what really happened…..“My son has highs and lows and for about the past two weeks he has been on a “normal” high for him…more talkative more interactive with family and friends ect… On Monday he started calling family and friends to invite them to a promotion dinner at Red Lobster (got his first promotion at his job YA!) If he had only called the usually family members I would not have gotten suspicious about his behavior but when I learned that he called my ex-boyfriend and even his father (that he has refused to speak to since he tried to come back into his life 5 weeks earlier). I asked him why he was inviting all of them; this should just be immediate family and maybe a friend or two. He stated that they needed to celebrate him.  I did notice that he was talking a mile a minute and that his thoughts were all over the place and he was not focusing on anything. I sensed that there was a problem brewing but wasn’t sure what at this point.  But on Wednesday he found out that his younger half-brother has been in the hospital in a vegetative state for ten years. This was told to him by his older half-sister that he just met that day over the phone.  This threw him into an emotional state where he could not even finish his shift at work that evening.  On Friday morning at 3am he arrived at my cousin’s house as if nothing was wrong and that it was normal to just show up on someone’s doorstep at that time of night/morning. And he said that he couldn’t sleep so he went over there (it’s a 3 mile walk).  After I learned all this I tried to talk to him about it and what I thought was going on.  He instantly got upset that I was questioning him and began to tell me that he was loved by everyone and that he can get jobs, good jobs at anyplace he wanted too, get people to do whatever he wanted them to do because he was so much smarter than they were. The Regional Manager of a major fast food chain wanted to do business with him and paying him at least 10% of the profits to bring more people into the store. And that he was invincible, no one could do anything to him and that he was going to save the world.  I told him that I believe that he was Bipolar because his behavior has done a complete 180 from what he normally is and that totally offended him and he became angry. At that point I had to let it go because he was not ready to hear that he may be sick.”

Cindy stated that they were going to give him medicine to help him sleep and that they would evaluate him when he wakes up.  He slept until Monday morning.

On Monday the psychiatrist evaluated him and as a result he was involuntarily committed to a behavioral health facility.  I was happy that he was now safe and getting the help that he needs but very sad that he has to deal with having a mental illness. I know that this disorder is a hard one to deal with especially when you are in a manic state; you believe all of your thoughts.

My son stayed in the hospital for two weeks returning home on November 28th.  In my opinion he was not ready to be release but because he is an intelligent person and knows what to say he was able to convince the Judge that he was stable and able to go home and of course the Judge released him.  He was not ready to be released.  He was admitted again on December 3rd and stayed another two weeks. Then again he was admitted on January 13th and released on January 26th.  In total, he has had four hospitalizations since August 2011.

Post bipolar he is much different than his usual self.  He was always a quiet laid back person but now he is to the point of being a recluse. I tease him and say that he is like infamous Howard Hughes.  I try to get him out to socialize but he refuses to go and I could make him but then both of us would be miserable (that sounds selfish).  At what point do I make him interact? He cut off all his friends and family and in my opinion he did this so that he does not have to explain his illness.  I tried to talk to him about it but he shuts down and I don’t know how much to force.  I don’t want to see him lost but what do you do?

Any suggestions would greatly be appreciated!

He goes to a psychiatrist on a monthly basis and sees a therapist every 2-3 weeks.  It does not seem like the therapist is helping much.  I believe my son needs someone that will be able to pull him out of his self imposed exile.  How do you make someone change doctors when they do not want to go in the first place?

Defination according to Wikipedia

I have now been told to stay out of his life forever.  This was his order that he left me on my voicemail.  Why? I don’t know.  He has now been admitted for his sixth stay at a treatment center in a year.  I did nothing but encouraged him to take his medication and I took time out of my job (of course putting that in jeopardy) to assist in his treatments, appointments and needs that he now has with learning how to manage the “new him”.  It appears that this has all been in vain.

I know in my head that I did nothing wrong but the heart is still heavy with lots of guilt.  Even if he changes his mind and apologizes,  I know things will never be the same.  You can only get shitted on so many times before you say f**k it and let the chips fall where they may.   He will need to assume the responsibility for the status of our mother/son relationship.  I always told my children “cause and effect” and “action and reaction”.  I know that he will not be able to handle the effect of his words nor my reaction to them but this is the line that he wanted to draw.

The facility that he is at scheduled a family meeting tonight and there was no call made to me.  How can you have a family meeting and the head of the family is not there.  This I do not understand.  Was I excluded solely based on his wishes?  If so, I feel that the facility should have made him see the error of his ways.  But again he is a legal adult.  I have no say or input. The line he has drawn is getting deeper and my heart is getting harder.

The only call that I received was from him to take him off of my insurance.  I am positive that he does not understand the ramifications of having no insurance but since he wants me out of his life and apparently nothing to do with me should I take him off?  My motherly reaction is no but my head says that he is an adult and that if he wants to go it alone then I should let him.

Enough of my self-pity today.  I will pick myself up and “do me” as they say.  I will live my life for me and allow my son to live his life for him regardless of my thoughts.