Last year I was told about the wild bears that are about an 45 minutes from where we are staying. When I took the pictures all looked great on my camera however, when I went to upload them I lost 90% of the pictures.

So I had to go back again this year to see if we can get lucky again.  Luck was on our side, we saw 3 bears, a cub and 2 adult bears. 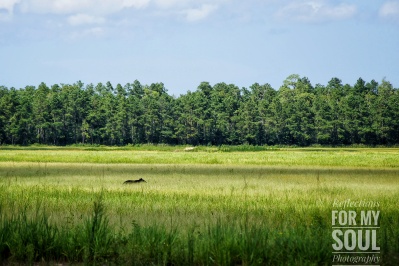 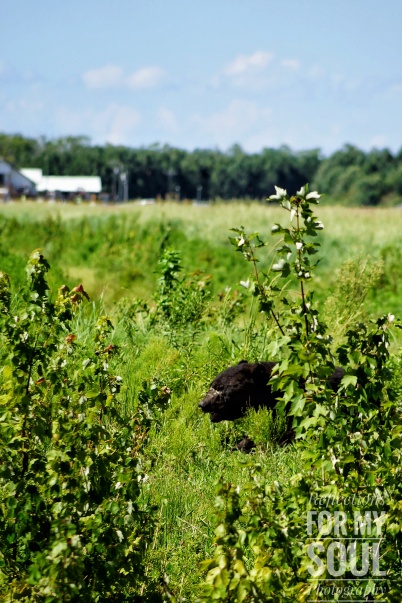 Posted in Animals and Insects, Photography

On August 20th Caila and I went on a photo adventure to places that I usually go to take pictures so that I can see the changes from one year to the next (more post to come).  While out we went to the National Wildlife Refuges Visitor Center in the town of Roanoke.  While speaking with the staff they suggested that we go visit the wild bears.  Now who would have thought that when you are vacationing at the shore you can also see some bears?!

We ventured off the island into the “mainland” of North Carolina to see some wild bears.  The bears were only about 30-45 minutes from where we were staying.  There are even road signs up in this area stating that this is a “Bear Crossing”.

We were both nervous and excited to get to see some bears that were actually in the wild and not at the zoo.

Traveling off of the main road and to a dirt road we found our first bear.  This little cub was only about 200 yards from the main road. 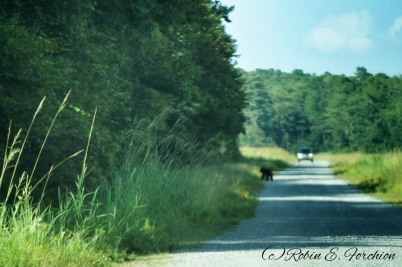 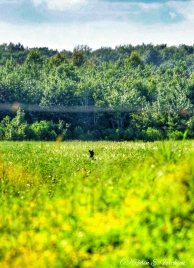 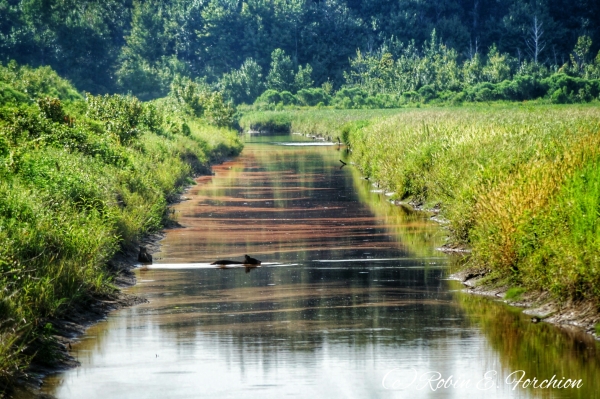 We were blessed to see 3 different bear cubs, wish we could have seen an adult bear.  Although I have a feeling momma bear was not too far behind the cubs.

Although the pictures aren’t the greatest I did capture my first bear!

At times like this I really wish I had a lens that is bigger than 200mm lens.

All comments are welcome.

Added to the WP Photo Challenge: Today was a Good Day